Vaping devices available on today’s market is somewhat different to the choices that were available a few years back when vaping first started gaining popularity in the UK.

Each style of device has different capabilities and are designed for specific types of vaping and what vape juice is being used in it. Freebase nicotine or nicotine salt vape juice is used for mouth to lung style vaping, either using a pen style device, or a pod system.

In this article, I will explain a little bit about nic salts, and what devices are popular to use for Nicotine Salt vape juice and why people opt for these devices.

As mentioned above, there are two main types of Nicotine based vape juice available today, and they are made by using either Freebase Nicotine or Nicotine Salt.

Nicotine salt is the natural state that nicotine is found within a tobacco leaf. However, the nicotine salt found in these leaves isn’t as volatile as traditional freebase nicotine, and normally takes much higher temperatures to vaporise and takes longer to be absorbed within your bloodstream, so not really as effective as freebase nicotine.

But this was soon rectified by some clever people with the simple addition of Benzoic Acid, an alkaline which then neutralises the pH levels of the nicotine salt, making it able to be vaporized at lower temperatures and absorbed into the bloodstream faster than Freebase can.

This can also aid in much higher nicotine mg levels being easily vaped. The maximum nicotine strength that can be sold in the UK is 20mg under TPD legislations, but in other parts of the world, it’s been known for nicotine salts being sold in as high as 50mg Nicotine content.

Nicotine salts have started becoming more popular amongst vapers in the last few years and for good reasons as listed above.

What vape device can Nicotine salts be used in?

Due to the higher nicotine content, as well as only requiring a low temperature to be able to vape them comfortably, a small compact device is ideal for vaping Nic Salts. I’ll give an explanation below of each one I’d recommend.

The “entry level” style of vape device would be ideal for vaping nic salts. These devices are simple and straight forward and don’t have anything like variable wattage or different power settings. AIO, meaning All in One, is as it says on the packaging, a slim pen style vape that has a power output dependant on which coil is used within it.

These low powered devices are a closely replicate the mouth to lung feeling of smoking a cigarette and will give a good throat hit when nicotine salts are used.

Pod systems are arguably the most popular option for vaping nicotine salts, for their small discreet design and the fact that quite a few of them have a variable wattage function is also a big selling point.

Pod systems are normally a small discreet device, that seem to be getting smaller as each new design comes on the market, that has an internal battery built in and is charged by USB.

They come with a pod that clicks into the device battery, that can be filled with whatever vape juice you want to use, and they also operate with a coil which needs replacing every 1-2 weeks. Much similar to the above described but use interchangeable flavour pods. The term “closed” comes from the fact that these pods already contain nicotine salt vape juice and are then sealed closed within the manufacturing factory and are just simple disposed of once the juice runs out. Arguably a much less cost effective and environmentally friendly option to vape nic salt vape juice.

The vaping device that has taken the vaping world by storm, but for mostly bad reasons! A closed unit that is prefilled with nic salt vape juice and once it ceases to function, its then disposed of.

As with the closed pods, these really are not a cost-effective way to vape nic salts, and they are horrendously bad for the environment, due to them being fully made from plastic which takes 1000 years to decompose, as well as harbouring a lithium battery inside which means they cannot be recycled. Roughly one million units a week are being chucked into landfill and the number continues to grow week by week as the popularity increases.

Can you Sub Ohm nicotine salts?

Whilst there isn’t a definitive no answer to this, it’s not recommended that Nicotine Salts be ran through a sub ohm vaping device for a few different reasons. 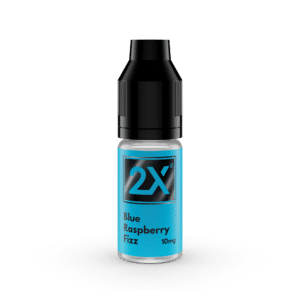 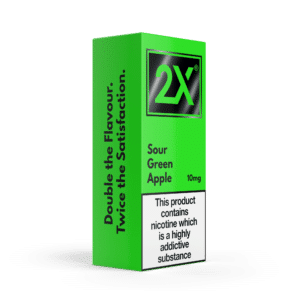 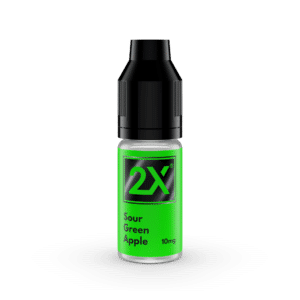