WHAT WILL BE COVERED IN THIS BLOG Why you should switch from using Disposables 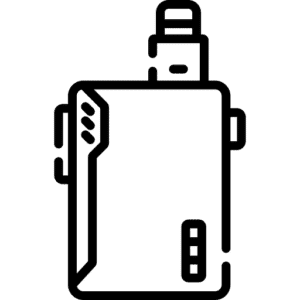 The best alternative to use over Disposables What type of e-liquid is in a disposable 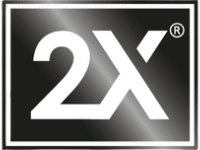 The price of Vaping if using Disposables or a Pod System

Cheaper Ways To Vape: Upgrading from Disposable Vapes to Save Money

Disposable vapes are the latest trend sweeping the vaping world, with their sleek discreet designs and mouth watering flavour combinations, but they are not the cheapest way to vape by a long way. Let me explain how you can save money instantly by ditching the disposables:

Why isn’t using Disposables the cheapest way to vape?

As mentioned above, using Disposable Vapes are not the cheapest way to vape, by quite some way. This is due to the cost of a single device costing anywhere from £5-£7 depending on where it’s bought from. These devices have a small lithium-ion battery in and contain roughly 1.2ml of vape juice, and stop functioning once the battery runs out, or the vape juice runs out. Some people can end up using one of these a day if they are a heavy user of a vape, so they would be paying £5 a day to vape, £35 a week, £150 a month just on Disposables! Where as using something like a pod system that can be refilled with vape juice can save you a fortune compared to constantly using Disposables.

What are the best alternatives to Disposable Vapes?

As I’ve mentioned above, my personal opinion on a best alternative would be using a Pod system style Vape.

They share a lot of the same characteristics as Disposable vapes, with their sleek and subtle design, the capability of having mouth to lung style vaping, and there are alot of flavours of vape juice similar to those of found in Disposables.

Most pod systems have the facility to be recharged by USB, so once the battery runs out, you can just stick it on charge rather than having to throw it away. You can refill the device tanks also, with whatever vape juice you wanted to. People lean towards using Nic salts in Pod systems, and for good reason. I’ll explain: What type of e-liquid is in a Disposable?

The e-liquids used in Disposable Vapes is normally Nicotine Salts. The reason being is that Nicotine Salts are designed in a way that are faster absorbed into the bloodstream so that the cravings for nicotine are soon satisfied.

Nicotine Salts also give a much more punchier kick of nicotine so it reduces the desire to vape more frequently to get that nicotine hit as you get a satisfying hit from the Nic salts.

What e-liquid works in Pod Systems?

The answer depends on what coil is being used in the pod system, as this will determine which e-liquid can be used.

If you’re using a coil that’s 1.0ohm or higher, you’ll want to be using a 50PG/50VG ratio mix, as this will run through the coil easier, as well as giving a nice throat hit on inhale.

If you’re using a coil that is below 1.0hm, you’ll want to use a thicker vape juice at a 70VG/30PG ratio mix, as these coils are designed to absorb the more thicker juices due to the VG content, whereas the 50/50 mix vape juices will be too “thin” and may leak through the cotton of the coil.

People also tend to use Nicotine Salt e-liquid as their preferred choice, for the above mentioned qualities of it being faster absorbed as well as giving a punchier kick of nicotine. 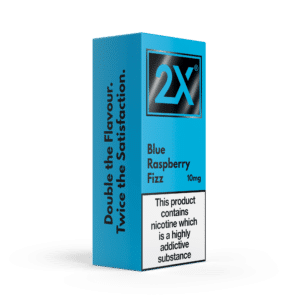 How Much Does Vaping Cost?

This is a pretty open ended questions as there’s no definitive answer as it varies from individual to individual. The one thing that I can clarify however is Vaping costs considerably less than smoking!

Your initial lay out to get set up when you start vaping will be the most expensive cost, as is with anything when you’re first starting out.

A standard pod system starter kit will cost anywhere from £15-£30 depending on what you want to go for, the brand, the features of it like battery capacity or variable wattage. You’ll want to pick up a pack of replacement coils also, which averages around £10 for 5, and then get yourself 3 bottles of vape juice from us at 2X which comes in at under £10 and should last a good 10 days if not more.

Coils should have a lifespan of 1-2 weeks on average, and it does depend on how often you use your vape, and the flavour of juice used.

Some brands of vape juice are dubbed as “coil killers” due to the high content of sweeteners used in it to make it more flavoursome, but this is something we are cautious of at 2X when it comes to making our range of juices, and we don’t go over the top with what we add in to make our flavours so they’re kind to coils whilst still being full to the brim of satisfying flavour.

So you’re looking at spending £10 for 2 months worth of coils, and then roughly £20 every month on vape juices. That’s equivalent to 6 disposable vapes, which normally only lasts for 6 days, so I really wasn’t lying when I said A) Vaping is cheaper than smoking and B) Using a pod system is cheaper than using disposables!

To conclude this article, I’d say ditching the disposables is definitely the cheaper way to vape. Disposables serve a purpose if you’re looking to dip your toe in to the water and try vaping, but the cost of using them as your only vape is not viable and will cost you considerably more than using a refillable vape device.